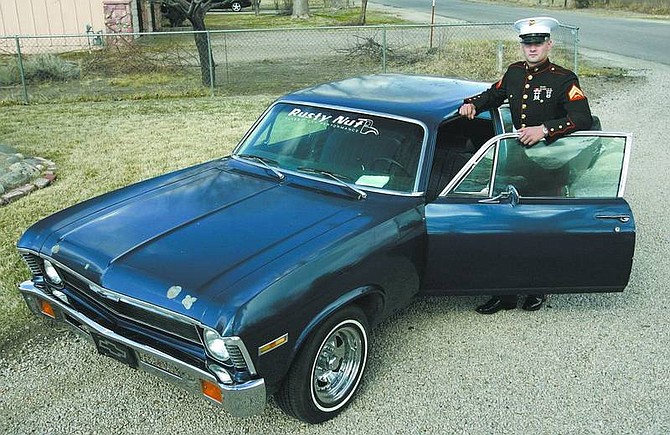 Cathleen Allison/Nevada Appeal U.S. Marine Corp. Steve Lubich stands with his 1972 Chevy Nova while home on leave Wednesday. The car, originally purchased by his dad, John, in 1972, was badly damaged in the New Year&#039;s flood of 2006. A number of local friends and businesses helped get it back in shape for Lubich.