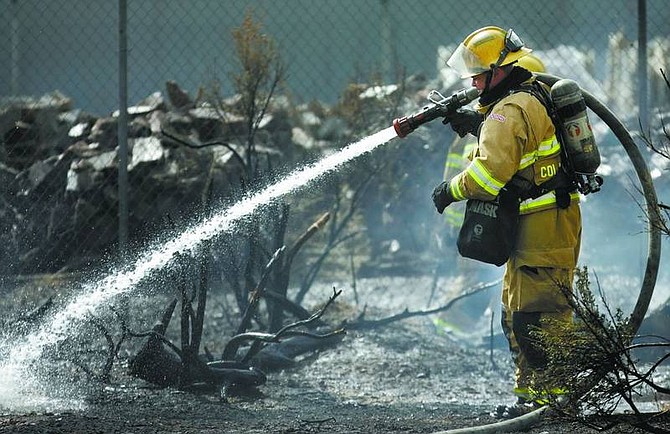 Chad Lundquist/Nevada Appeal A Carson City firefighter works to extinguish a brush fire at Villa Sierra mobile home park in the 4900 block of Highway 50 East on Monday. One home was damaged and one-quarter of an acre was burned.