Griffin settling into new freedom of not being a judge 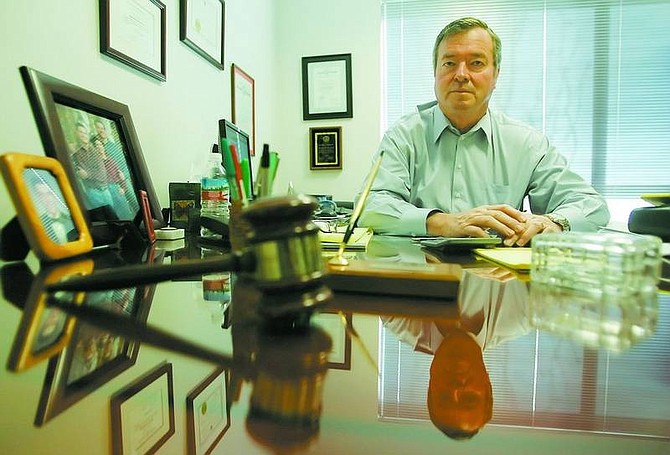 BRAD HORN/Nevada Appeal Former District Court judge Mike Griffin, who has a collection of 10 guitars, plays in a band that performs three times a year. He has hung up his robe to join a Reno law firm.