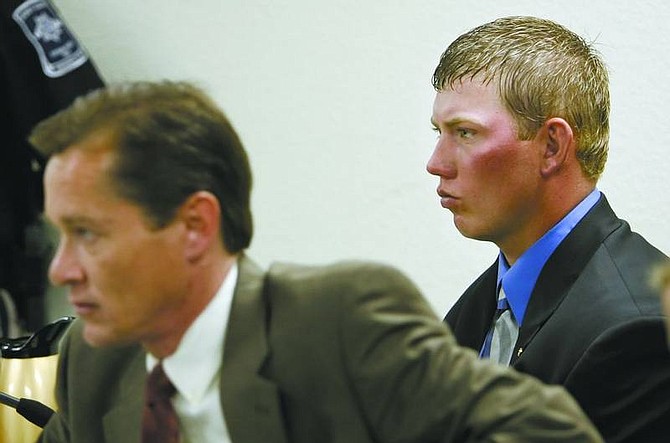 Chad Lundquist/Nevada Appeal Attorney Kenneth Stover listens to testimony in Storey County Justice Court on Monday while his client, Randy Boyd, watches. Boyd was bound over to district court for his part in an accident that killed a 16-year-old in December.