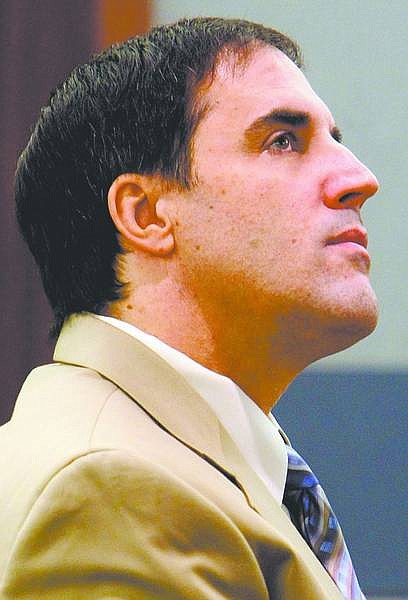 Gary Thompson/Las Vegas Review Journal Darren Mack appears in Clark Court District Court on Monday. Mack, who is accused of killing his wife and shooting the judge who was handling their bitter divorce, reached a plea deal Monday, bringing an abrupt end to his trial. Mack, 46, pleaded guilty to first-degree murder and entered an Alford plea to a charge of attempted murder as the defense was to begin calling witnesses.