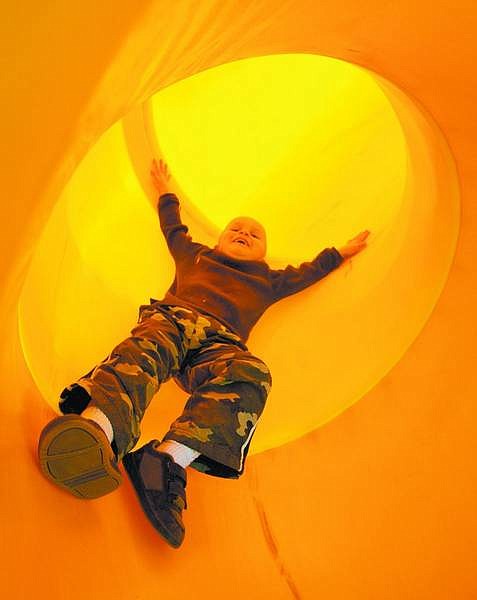 Cathleen Allison/Nevada Appeal Ben Heaton, 3, plays on one of the slides at the new John Mankins Park in Silver Oak on Tuesday afternoon. Ben, his two siblings and a niece were the first children to use the new park, which opened on Tuesday.