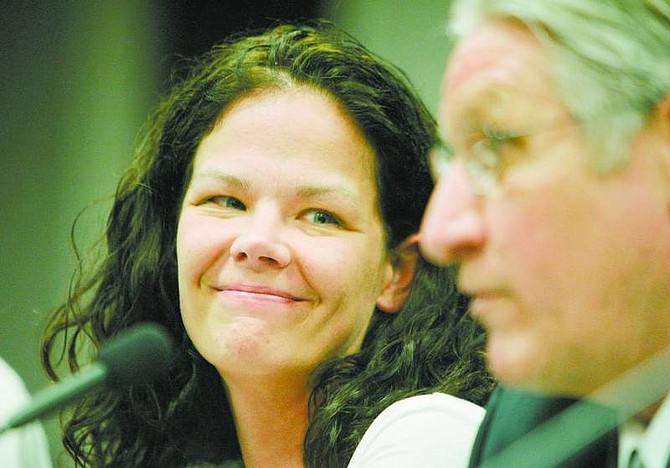 BRAD HORN/Nevada Appeal Shawna Braselton, of Reno, listens to Jesse Hill, of The Ridge House in Reno, speak about methamphetamine recovery at the Governor&#039;s Working Group on Methamphetamine Use at the Nevada State Legislative building Thursday.