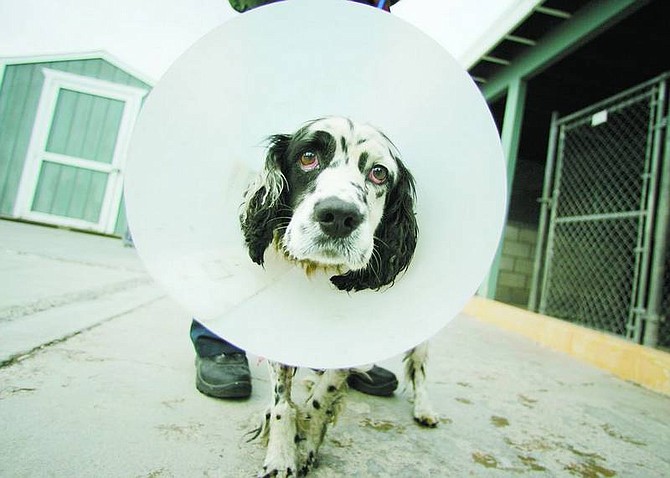 BRAD HORN/Nevada Appeal Bryan Unruh, a kennel caretaker for Carson City Animal Services, not seen, holds a dog that was hit by a car Thursday. The dog didn&#039;t suffer any significant injuries, and is being kept at the shelter until its owner can be found.