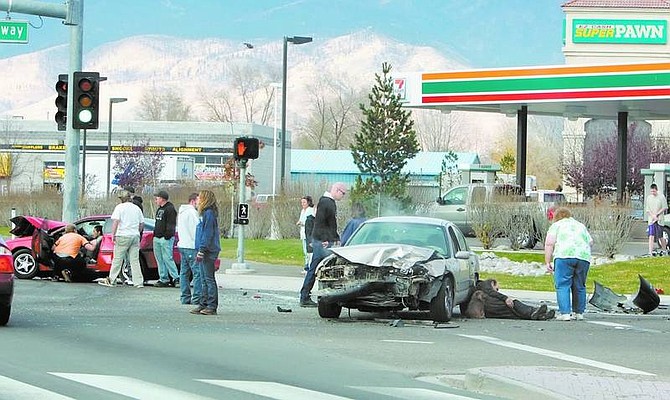 BRAD HORN/Nevada Appeal Witnesses and bystanders assist motorists involved in a three-car accident at the corner of Fairview Drive and Highway 50 East on Saturday morning. A portion of Fairview was closed.