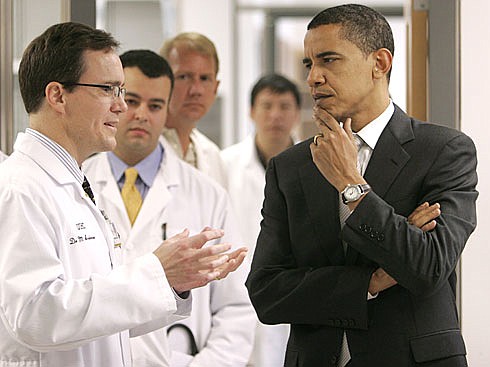 By Charlie Neibergall, APObama talks with Dr. Mark Anderson while touring a cardiology research lab before speaking about his health care plan May 29, 2007, at the University of Iowa in Iowa City.