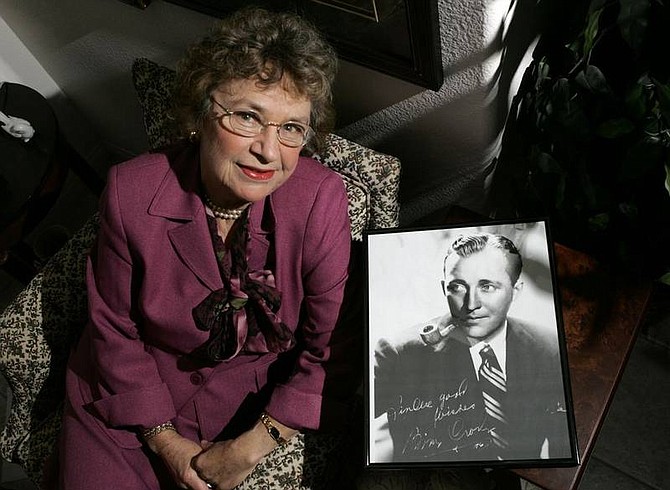 Jae C. Hong/Associated Press Bing Crosby&#039;s niece Carolyn Schneider poses for photos with a photo of Crosby in Las Vegas, on Nov. 20. Thirty years after Crosby&#039;s death, angry family and friends are accusing Elko&#039;s Northeastern Nevada Museum of showing disrespect to his legacy by drastically scaling back its Crosby exhibit.