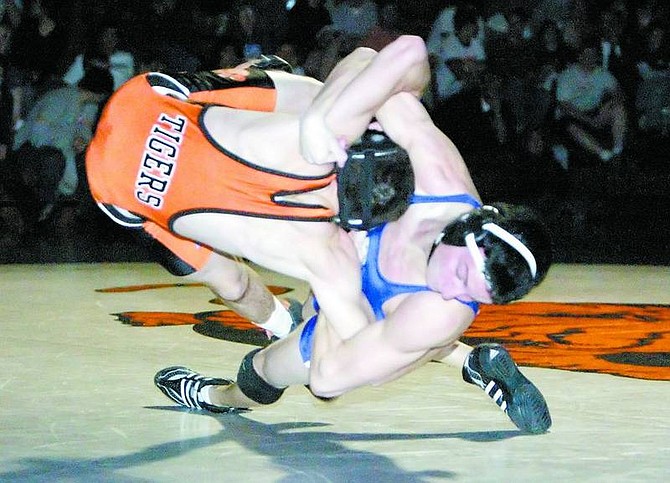 BRAD HORN/Nevada Appeal Carson&#039;s Todd Banko takes down his opponent in a match against the Douglas Tigers in Minden on Thursday. Banko won his match with a pin.