Three to be tried in officer assault 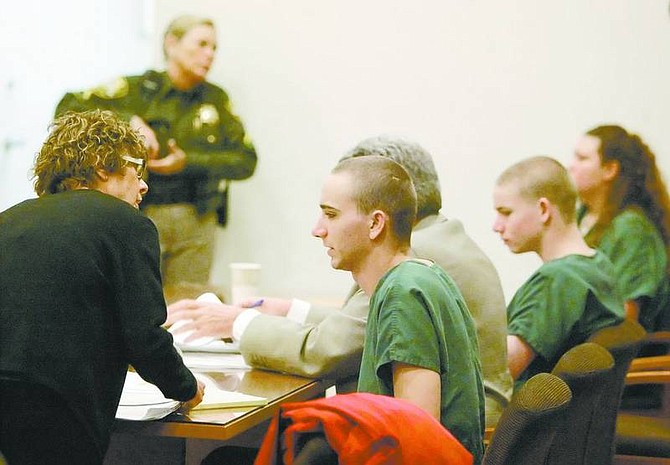 BRAD HORN/Nevada Appeal William Nattrass, from left, Raymond Nattrass, and Vivian Leman listen to prosecutors at the Carson City Courthouse during a preliminary hearing on Thursday. The three were involved in a fight where they jumped an Department of Public Safety Captain outside the Parole and Probation offices on West Nye Lane.