No green building in Carson - for now 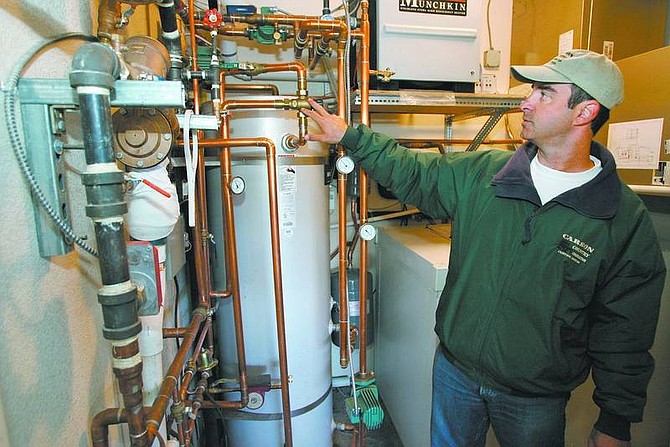 Cathleen Allison/Nevada Appeal Mark Kaminsky, owner of Carson Country Construction, explains the equipment room in an east Carson City home on Thursday. The home has a number of green features, including being built with insulated concrete forms, having a solar water heating system and solar photo voltaic panels to produce electricity.