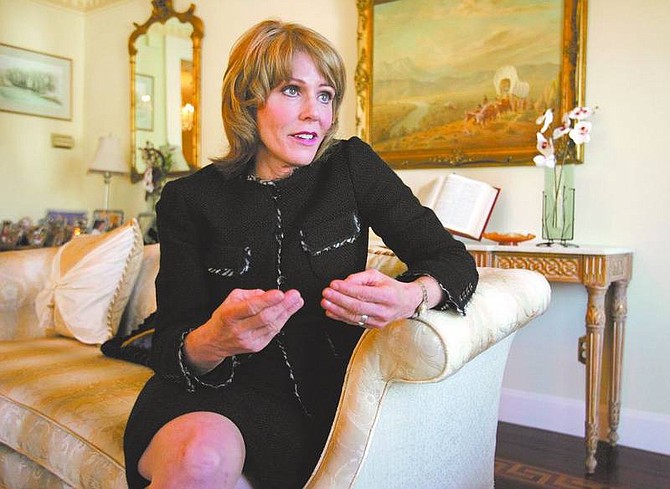 Cathleen Allison/Nevada Appeal Dawn Gibbons talks Oct. 2 about the state&#039;s fight against methamphetamine addiction, a cause she has championed as Nevada&#039;s first lady.