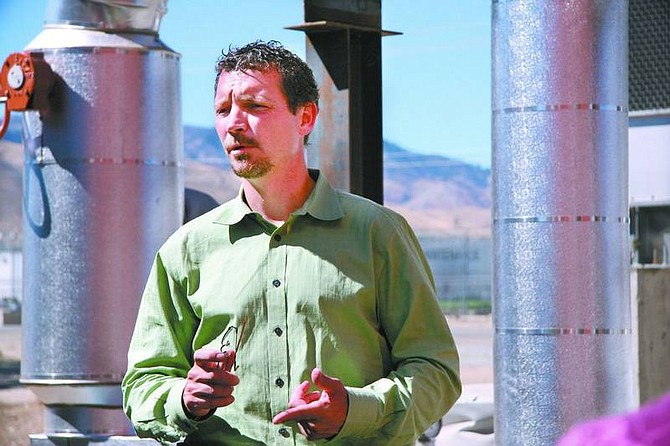 photos by Jen Schmidt/Nevada Appeal Rick Becker of APS Energy Services explains how the Renewable Energy Center works before a question and answer session with the crowd.