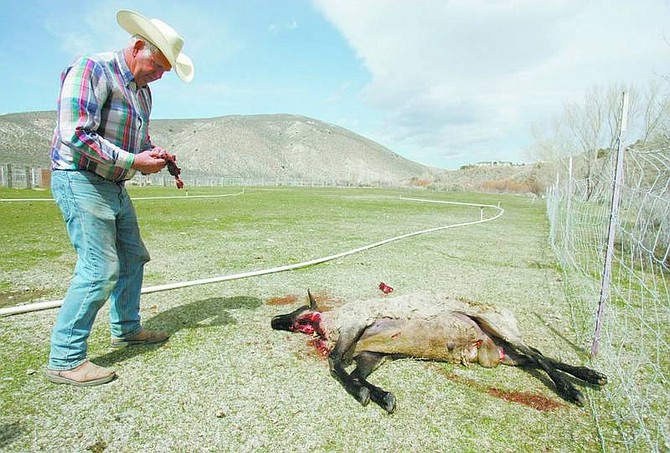 BRAD HORN/Nevada Appeal Jack Foerschler inspects his dead ram on Friday. The animal was shot near his home and dragged to the edge of his ranch.