The beginning of the end, near the end of the earth 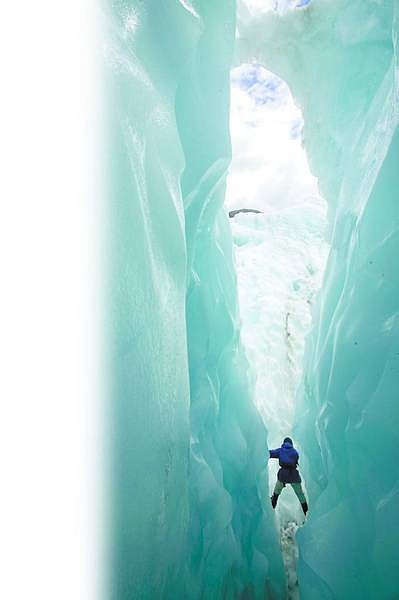 A climber moves through one of the ice caves on Franz Josef Glacier.