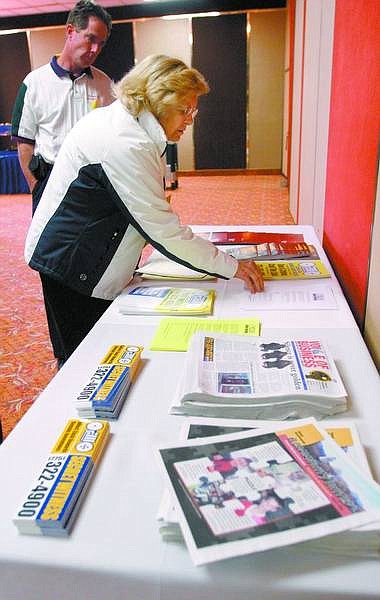 Amy Lisenbe/Nevada Appeal Joan Reid, a local attorney, looks over information for businesses about the Secret Witness program after the Carson City Chamber of Commerce luncheon Monday at the Nugget.