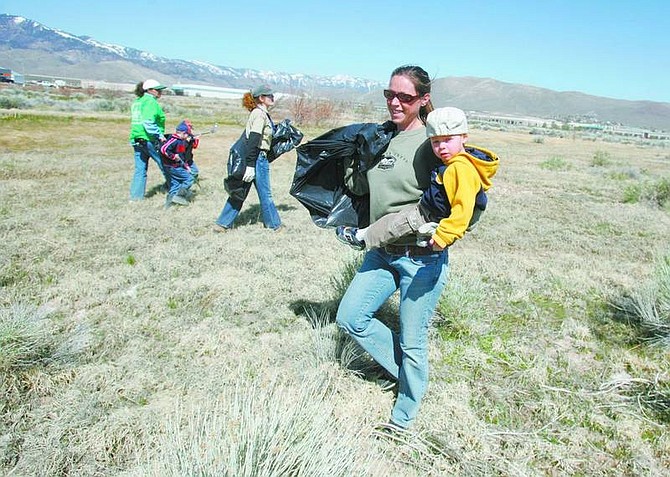 Kim Borgna carries her son Connor, 2, of Reno, during a cleanup event in advance of Earth Day in the wetlands area behind St. Teresa of Avila Catholic Church on Saturday. BRAD HORN/Nevada Appeal