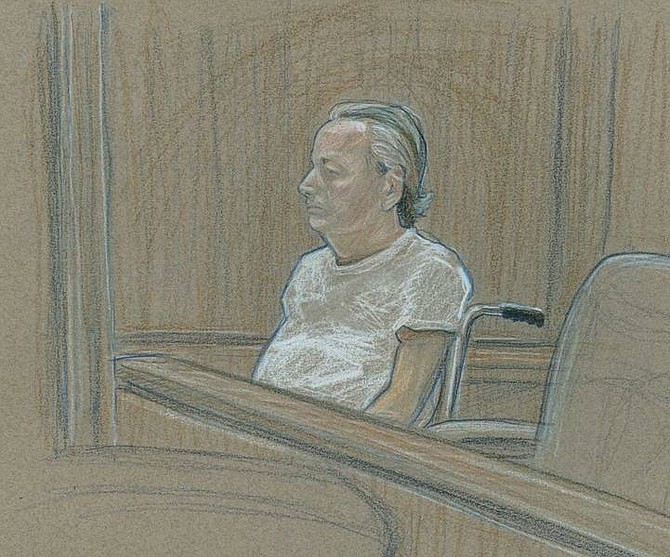 David Stroud/Las Vegas Review-Journal In this April 16 file courtroom sketch, Roger Bergendorff appears in federal court in a wheelchair in Las Vegas. The man, suspected to have been poisoned by ricin found later in his hotel room, was indicted Tuesday on federal charges that include possession of a biological toxin.