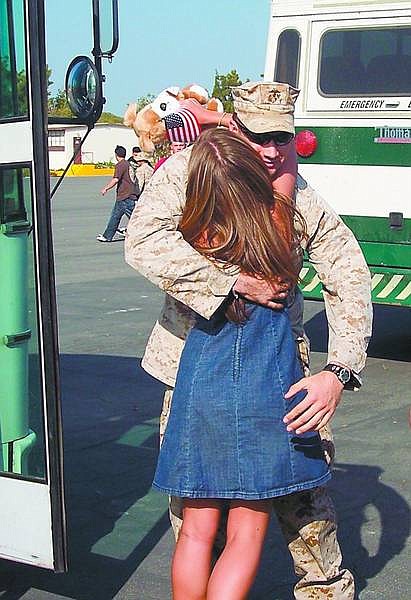 Sgt. Steven Lubich is greeted by his wife, Laura, as he returns to Camp Pendelton after a 10-month deployment to Iraq.