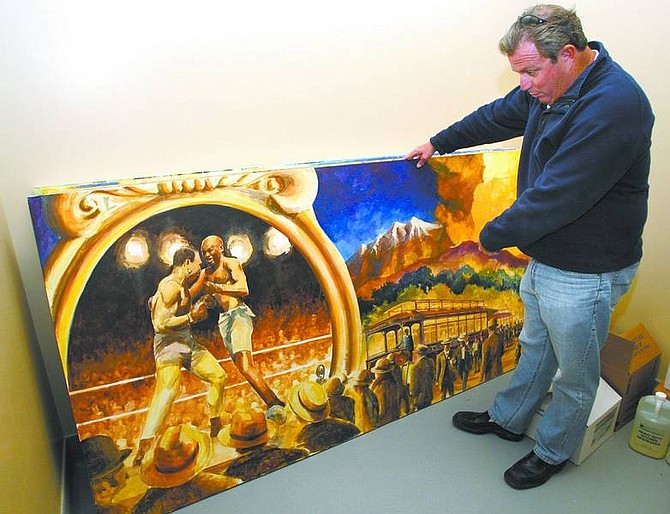 Cathleen Allison/Nevada Appeal Bodines owner Mike Pegram looks through panels of Nevada-themed artwork that will be hung in the new South Carson City casino. Artist Larry Henry is also the architect and designer of the project.