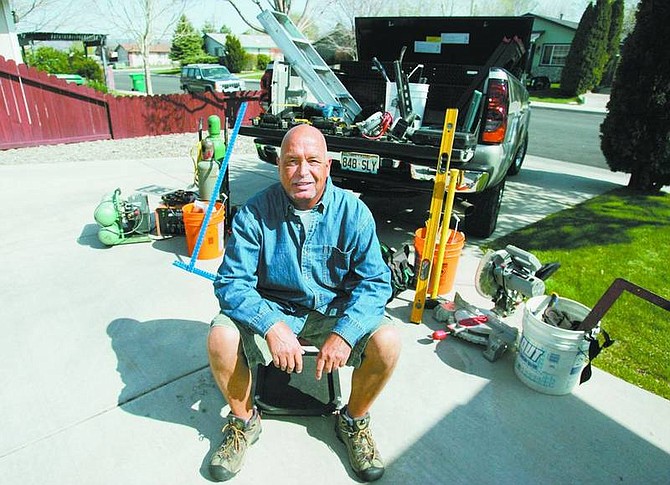 BRAD HORN/Nevada Appeal Michael Buckner will start his home repair business on May 1.