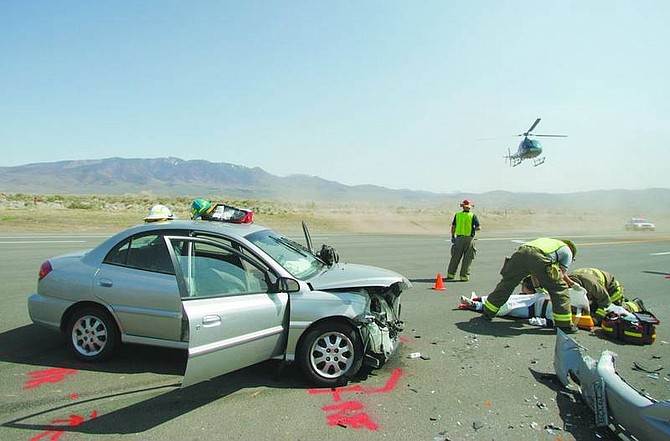 BRAD HORN/Nevada Appeal Central Lyon County Firefighters work the scene of a two-vehicle accident on Highway 50 in front of Smith&#039;s in Dayton as Care Flight transports one of the victims on Thursday.