Home-grown, hand-raised livestock is up for auction today 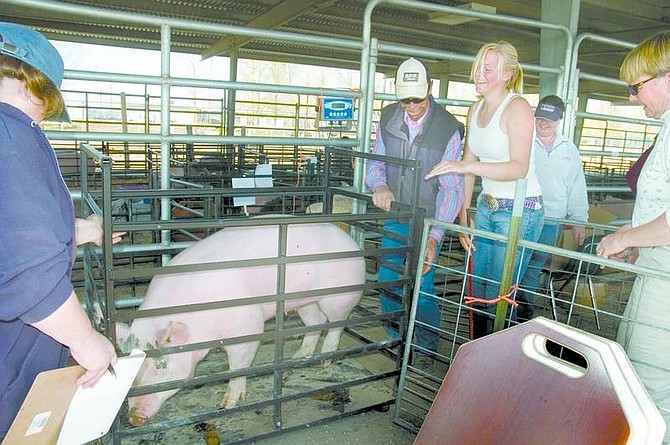 Katherine Withers, in the white tank top, smiles after successfully getting her pig on the scales at Thursday&#039;s official weigh-in for the Churchill County Junior Livestock Show and Sale. Christy Lattin/NEVADA Appeal News Service