Man gets up to 10 years in Fairview drunk driving fatal 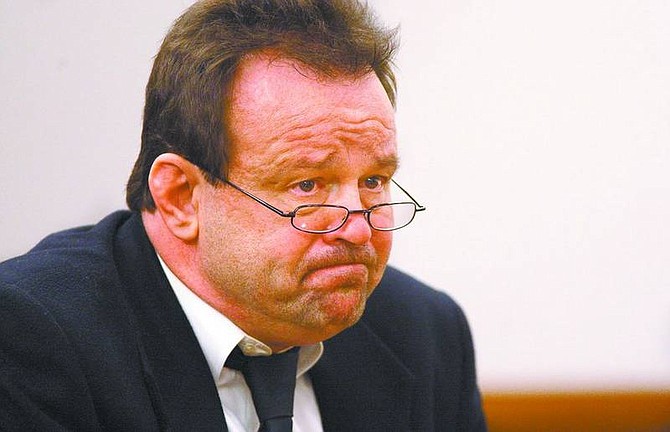 Cathleen Allison/Nevada Appeal Gerald Horine listens in court Tuesday to the son-in-law of the woman he killed in August 2007 while driving drunk. Horine received up to 10 years in prison as he was sentenced on a charge of DUI causing death.