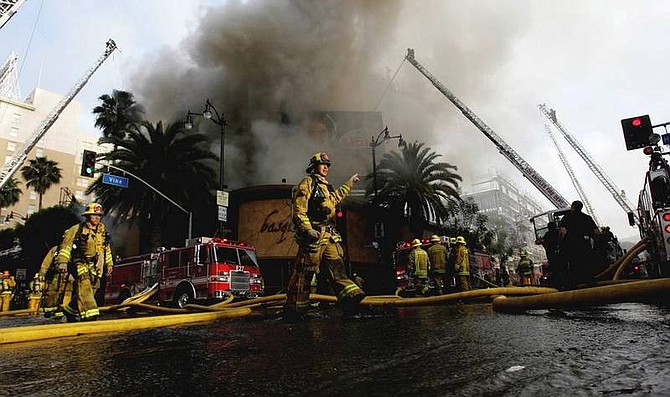 AP Photo/Nick UtFirefighters work the site of a fire in the Hollywood section of Los Angeles, Wednesday, April 30, 2008. The fire in a storied building at Hollywood and Vine spit flames 40 feet into the air and burned close to landmarks such as the Capitol Records building and the Pantages Theater.