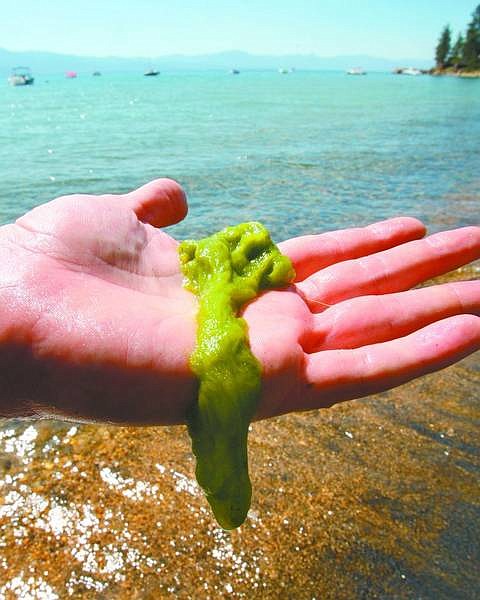 Jim Grant/Nevada Appeal News Service Marla Bay residents have reported a large amount of green algae in the water this summer. Researchers are surprised at its unusual abundance.