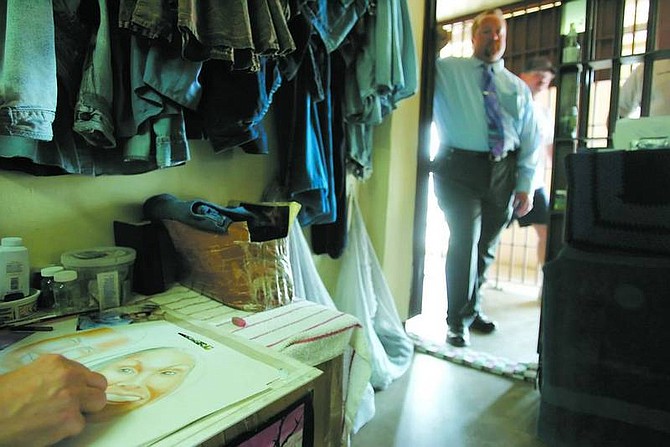 Brad Horn/Nevada Appeal An inmate draws in his cell at the Nevada State Prison. The prison, which went from life as the Warm Springs Hotel to the &quot;graybar hotel&quot; in 1862, could soon see the end of its storied history as a place of incarceration.