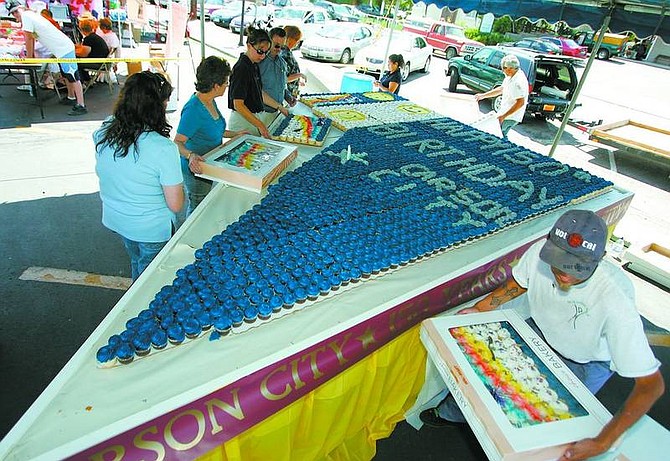 BRAD HORN/Nevada Appeal Walmart employees and volunteers get the cake ready for the ribbon-cutting in the Nugget parking lot during sesquicentennial activities on Saturday.