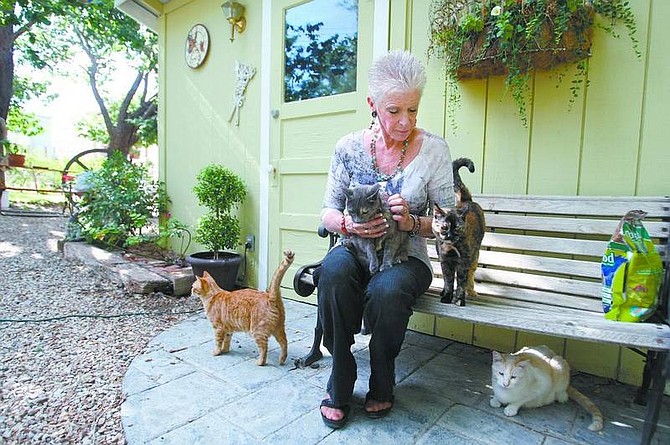 Photos by Cathleen Allison/Nevada Appeal Johnye Saylor talks Tuesday about her cat rescue efforts in Dayton. TOP: Cats can be found almost everywhere you look at the Saylor home. An estimated 30 percent of her cats are more than 10 years old and would otherwise be euthanized if she didn&#039;t take them in. BELOW: Saylor holds a 3-week-old kitten Tuesday at her cat rescue program in Dayton.