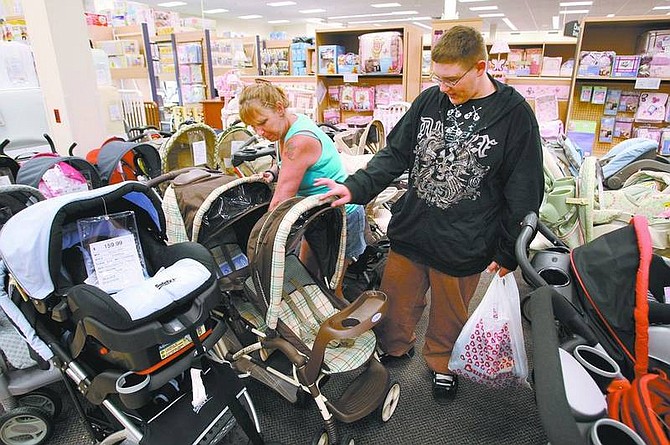 Cathleen Allison/Nevada AppealSandi Krzyzan and her son Keith, 13, look at strollers in the new Burlington Coat Factory on Friday afternoon. The 70,000-square-foot store opened in the former Wal-Mart building in South Carson City.