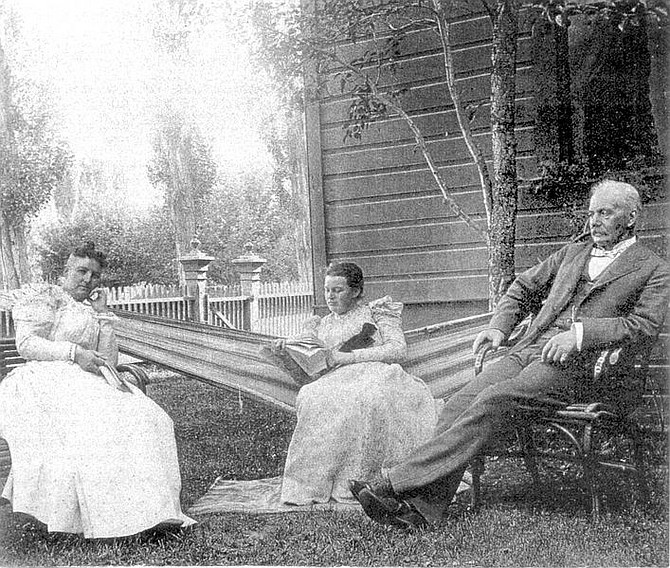 Courtesy of the R. K. Colcord CollectionGov. Roswell Colcord sits at home on a summer afternoon with his wife, Mary, left, and daughter, Stella.