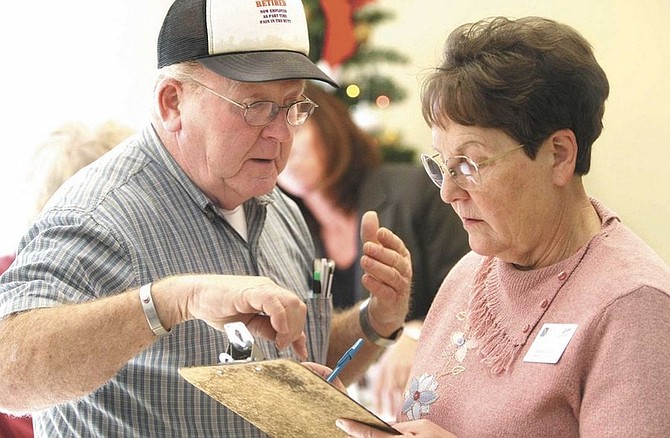 Cathleen Allison/Nevada AppealRenate Daniels, a Medicare S.H.I.P. volunteer, talks with Jerry Welch on Tuesday during an event at the Carson CIty Senior Citizen Center to help seniors navagate the Medicare and Medicade programs.