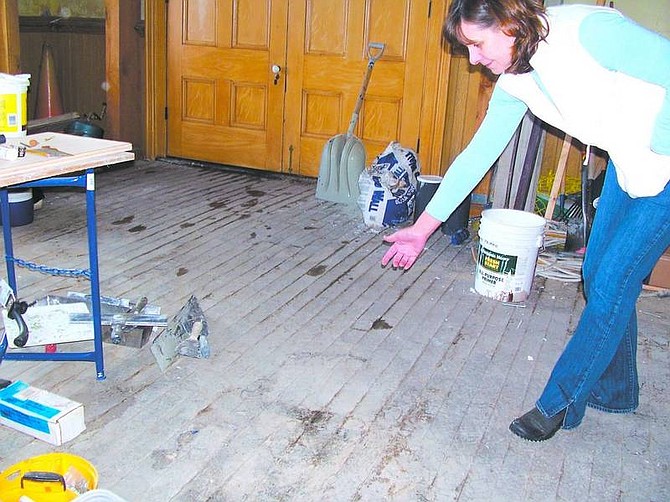 Karen Woodmansee/Nevada Appeal Fourth Ward School Executive Director Barbara Mackey points to a small circle on the floor of a room where a fire began Friday. The historic building&#039;s sprinkler system put out the fire before the floorboards under the fire were destroyed.