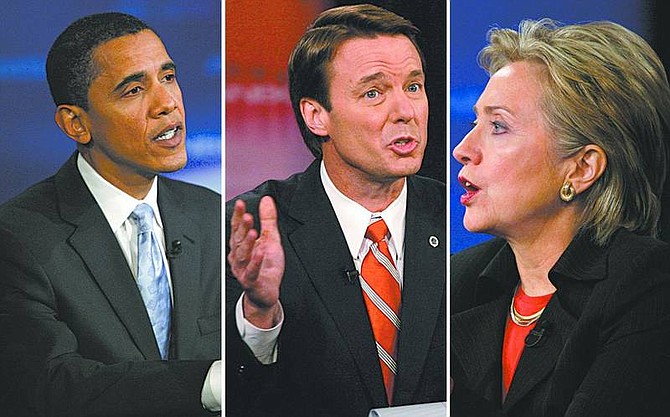 Photos by Jae C. Hong/Associated Press Presidential candidates, from left, Barack Obama, John Edwards and Hillary Rodham Clinton are in a statistical dead heat before Saturday&#039;s caucuses, according to polling in Las Vegas.