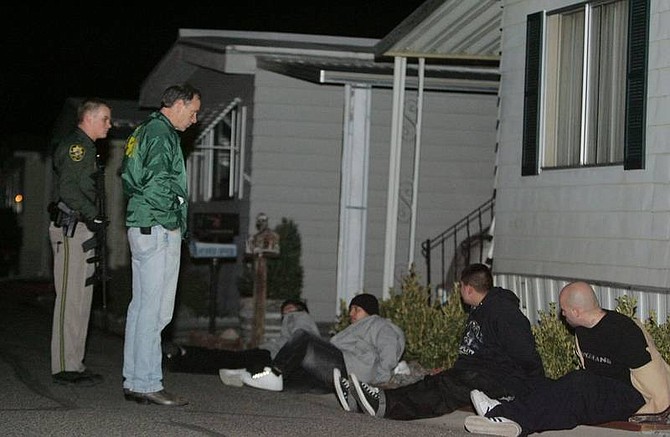 Photograph by Brad Horn/Nevada Appeal Carson City Sheriff Kenny Furlong questions suspects that were pulled over after entering the Comstock Mobile Home Park less than a minute after a car carrying four males that shot toward Carson City Sheriff&#039;s Dep. Gary Underhill tried to evade police in the 2600 block of College Parkway on Saturday evening.