Car drives into yard that's now had three such accidents 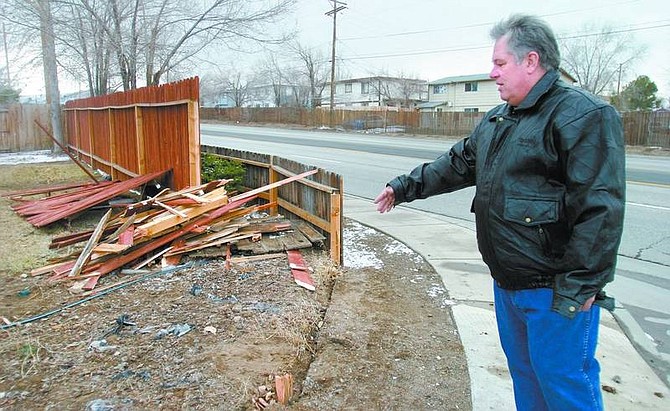 Amy Lisenbe/Nevada Appeal David Primak gestures to show the path of a vehicle that destroyed a portion of two fences in his back yard before it hit the side of his Carson home Monday morning.