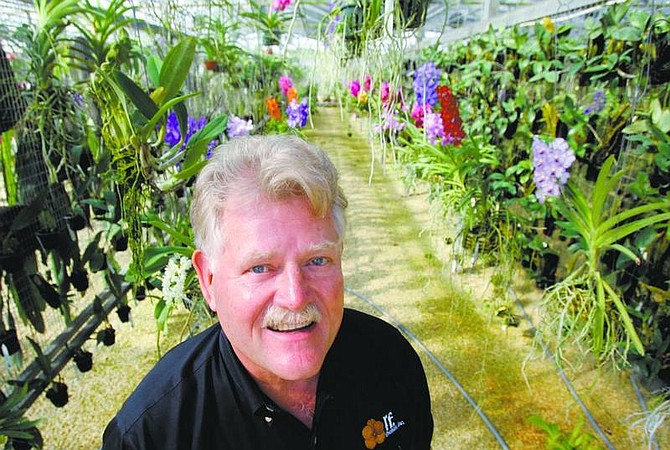 Alan Diaz/Associated Press Robert Fuchs, president of R.F. Orchids, is shown at one of his orchid greenhouses in Homestead, Fla. R.F. Orchids has received many awards from the American Orchid Society.