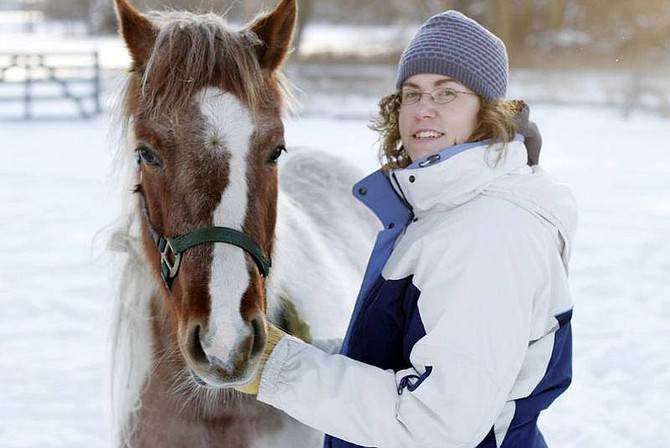 AP Photo/The Saginaw News, Dana RieberKristen DeGroat, 25, of Akron, Mich., shown on Tuesday, bought a classified ad to sell her horse, Foxy, a 3-year-old mare. Because of a goof at the newspaper, a classified ad for her horse ran under the header &quot;Good Things to Eat&quot; instead of the one for horses and stables. DeGroat has fielded dozens of calls over the past two days from unhappy animal lovers.