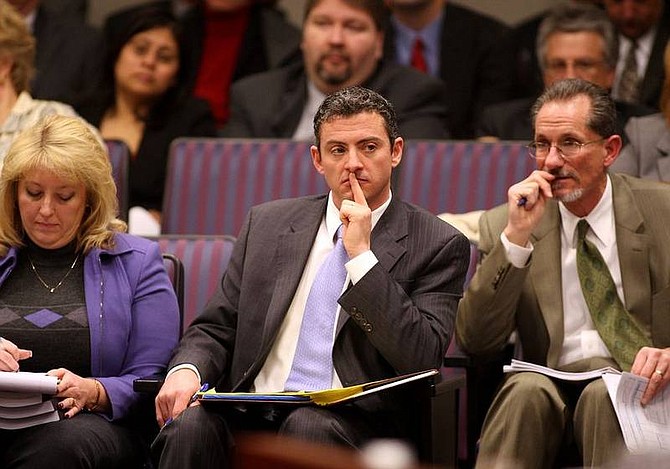 Cathleen Allison/Nevada AppealState Budget Director Andrew Clinger waits for his turn to testify in an Interim Finance Committee hearing Thursday at the Legislature. Some Nevada lawmakers accused Gov. Jim Gibbons of unwarranted secrecy and even breaking the law while others defended him during a heated hearing on budget cuts he says are needed to cover a revenue shortfall that may grow to more than $540 million.