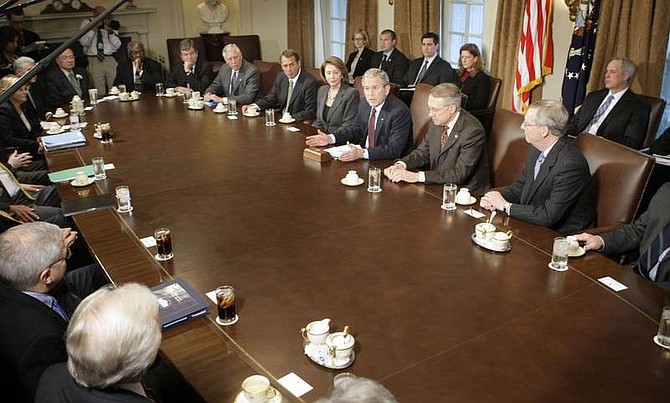 Pablo Martinex Monsivais/AP photoPresident Bush, center right, meets with Congressional leaders to discuss the economy in the Cabinet Room of the White House in Washington.