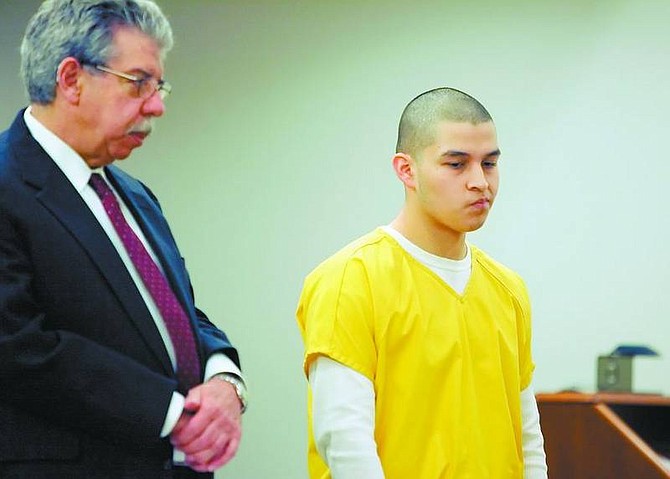 BRAD HORN/Nevada AppealChristopher Piche, 18, reacts Tuesday after Carson City District Court Judge Bill Maddox sentenced him to 4-12 years in prison for assault with a deadly weapon with a gang enhancement for his involvement in the March 17 stabbing of a Jack in the Box employee.