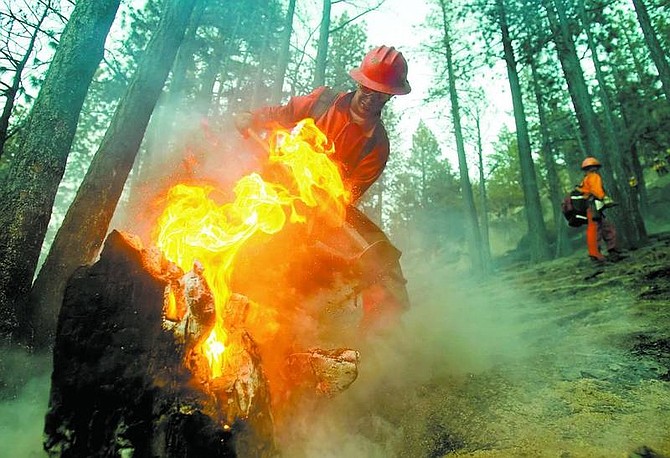 Crews contain fire to 3 acres Fire crews were able to contain a fire to three acres Wednesday in Little Valley, northwest of Carson City in Washoe Valley. According to the Sierra Front Interagency Dispatch Center in Minden, the Little Valley fire began just before 4 p.m. Crews from the Nevada Division of Forestry, U.S. Forest Service, Bureau of Land Management, Sierra Fire Protection and the Reno Fire Department responded. Two helicopters and two planes aided in the efforts. The fire, estimated at three acres and 65 percent contained at 9:30 p.m. Wednesday, was expected to be fully contained by midnight. The cause is under investigation.