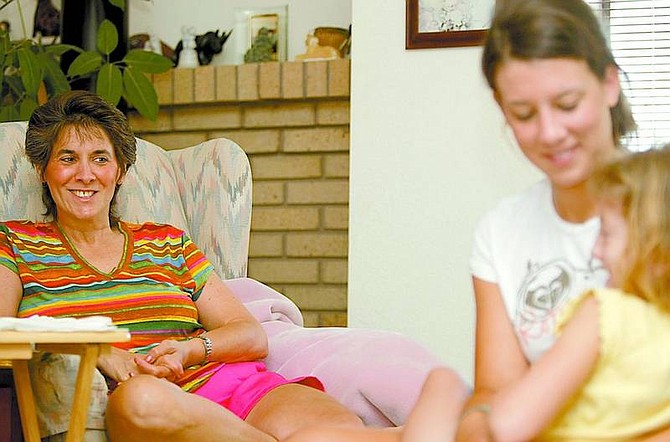 Shannon Litz/The R-C Debbie Heidt watches her daughters Danyelle, 17, and Samantha, 8, at their home in Minden. The community came to the support of the family when they fell into financial hardship.