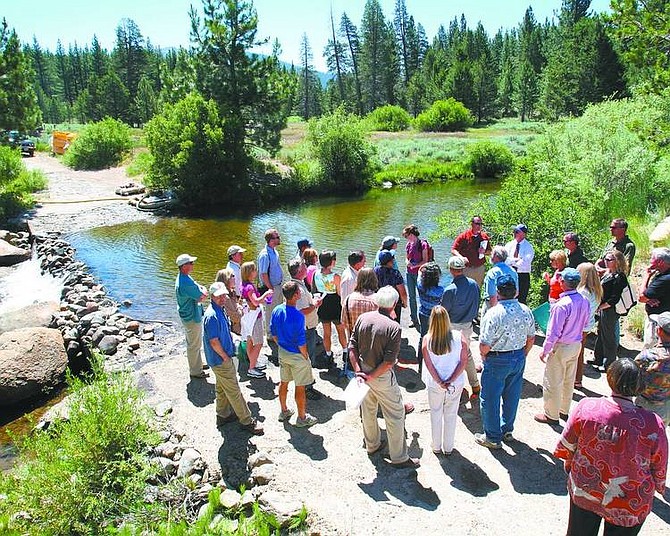 Jim Grant / Tahoe Daily Tribune Government and agency officials gather at the low-water crossing of the Upper Truckee River on Thursday morning before a groundbreaking ceremony for the city&#039;s river restoration project.