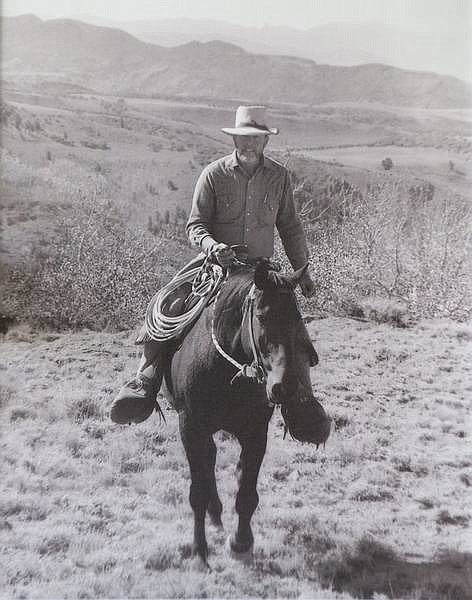 CJ Hadley/Associated Press An undated picture of Wayne Hage riding his horse on Table mountain in Nevada, taken by CJ Hadley. Hage was the leader of the &quot;Sagebrush Rebellion&quot; and author of the 1989 book &quot;Storm Over Rangelands: Private Rights in Federal Lands.&quot; He initiated a lawsuit in 1991 over water rights against the federal government which was ruled in his estate&#039;s favor in June.