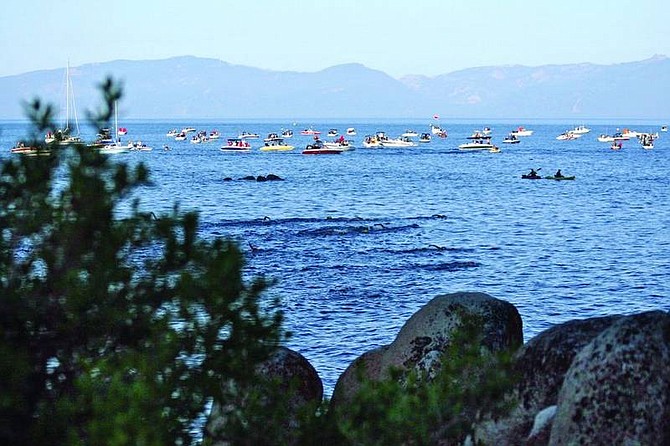 Jen Schmidt/Appeal News ServiceLake Tahoe officials have been inspecting all boats before being allowed to enter the lake since May 16 for invasive mussels.