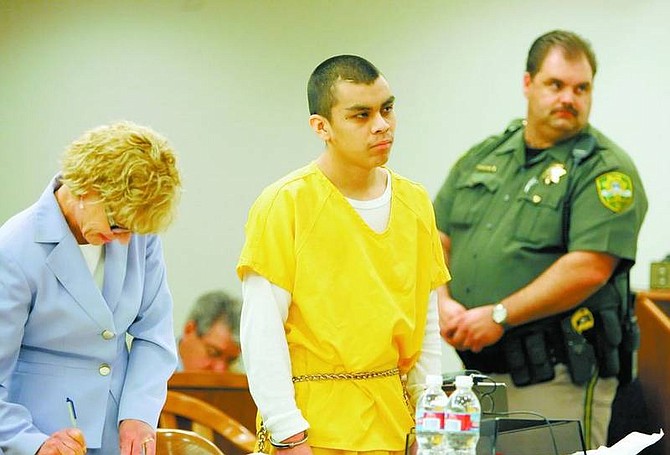 BRAD HORN/Nevada AppealIrvin Garcia listens Tuesday as District Court judge Bill Maddox sentences him to four to 12 years in prison for stabbing a fast-food worker. Beside him is his attorney Kay Ellen Armstrong on Tuesday.